In a comprehensive decision that emphasized the need for transparency in lender/borrower relationships, the New York Court of Appeals on February 18, 2021 issued a set of rulings that will undoubtedly have a broad and immediate impact on both the prosecution of foreclosures and the calculation of statute of limitations in such actions. The decision (a composite ruling concerning four separate appeals), reversed each lower court decision on appeal. See copy of the decision here: https://www.nycourts.gov/ctapps/Decisions/2021/Feb21/1-2-3-4opn21-Decision.pdf. The New York Court of Appeals emphasized that its rulings were motivated, in large part, by the need for consistent state-wide rules concerning the issues on appeal as well as the imperative to provide clear and reliable guideposts for the benefit of both lenders and borrowers.

In sum, the New York Court of Appeals ruled that:

In Vargas v. Deutsche National Bank Trust Co., the borrower argued that a 2008 default letter issued by the lender accelerated his mortgage loan and began running the six-year statute of limitations. Thus, Deutsche Bank’s subsequent foreclosure action (which was commenced more than six years later) was untimely. The Appellate Division agreed affirming the trial court’s decision granting Vargas summary judgment and finding that the subject mortgage was unenforceable due to the expiration of the statute of limitations. The Court of Appeals took a contrary view, holding that the prospective and conditional language contained in the 2008 default letter was inadequate to accelerate the mortgage. “Although the letter states that the debt “will [be] accelerate[d]” if Vargas failed to cure the default within the cure period, it subsequently makes clear that the failure to cure “may” result in the foreclosure of the property, indicating that it was far from certain that either the acceleration or foreclosure action would follow, let alone ensue immediately at the close of the 32-day period." The Court of Appeals stressed that acceleration must be accomplished by a clear and overt act, one which provides the borrower with absolute certainty that the mortgage loan was accelerated and that payment in full was now due and owing. A default letter like the one issued to Vargas failed to meet this standard of clarity.

In both Ditech and Freedom Mortgage, the lenders argued that simply filing a notice/stipulation to discontinue their respective actions de-accelerated the subject mortgage loans and reset the six-year statute of limitations. The Appellate Division disagreed holding that to properly de-accelerate, the lender must also communicate to the borrower that the loan was reverting to an installment payment schedule. Noting lower court confusion on this issue, the Court of Appeals stated that a Notice or Stipulation to Discontinue, without more, was enough to effect a proper de-acceleration. Calling the Second Department’s holdings in Freedom Mortgage and Ditech “both analytically unsound as a matter of contract law and unworkable from a practical standpoint,” the Court of Appeals also held that requiring ex-post facto determinations of whether a de-acceleration was intended would cause harm to both borrowers and future purchasers of the notes. “Moreover, this clarity also benefits those seeking to purchase notes secured by residential mortgages... Unlike the current Second Department approach, a clear rule on the effect of a voluntary discontinuance provides potential noteholders the opportunity to assess, based on clear, objective indicia and without the aid of an appellate court, the nature and status of the instrument they look to buy (e.g., whether the note is accelerated) and value it accordingly.”

Finally, in Wells Fargo Bank, N.A. v. Ferrato, the Court of Appeals reversed the First Department’s holding that acceleration could occur even if the foreclosure complaint failed to include facts concerning modification of the subject mortgage loan. That is, the foreclosure complaint sought to foreclose the original loan documents and not the modified loan instruments. The Court of Appeals held that “where the deficiencies in the complaints were not merely technical or de minimis and rendered it unclear what debt was being accelerated,” simply commencing an action with such a problematic complaint could not properly accelerate the mortgage loan. Accordingly, the Court of Appeals held that despite the lender commencing two, since dismissed, foreclosure actions, the mortgage loan had never been accelerated and, as such, the time to commence a foreclosure action had not lapsed. The Court of Appeals also held in connection with the appeal that, putting aside the question of equitable estoppel, de-acceleration by a lender solely to avoid a statute of limitations problem is not per se prohibited.

The above rulings could have the potential to “resurrect” numerous foreclosures that were previously considered lost causes because of statute of limitations concerns. As such, we recommend that clients and counsel review their portfolio of loans to determine the impact of the decision on pending cases, dismissed cases and not-yet commenced cases. Although the decision involved appeals concerning residential foreclosures, based on the underlying loan documents for each matter, the decision should be equally applicable to commercial foreclosures as well.

Philip Rosen practices in New York and New Jersey, is a member of the firm’s management committee and the chair of the firm’s New Jersey creditors’ rights group. Phil’s diverse practice includes mortgage-related litigation, foreclosures, title and real estate disputes, bankruptcy matters and assisting investors in their acquisition of performing and defaulted loan portfolios. He is seasoned in foreclosure law having foreclosed millions of dollars in commercial and residential mortgages for banks, private equity firms and securitized servicers. For questions regarding this article, please contact Phil at prosen@zeklaw.com. 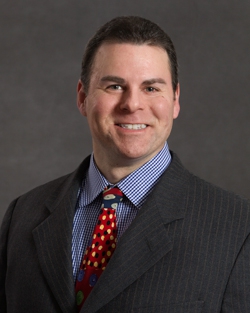 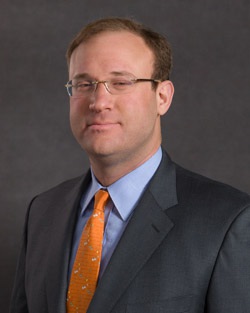